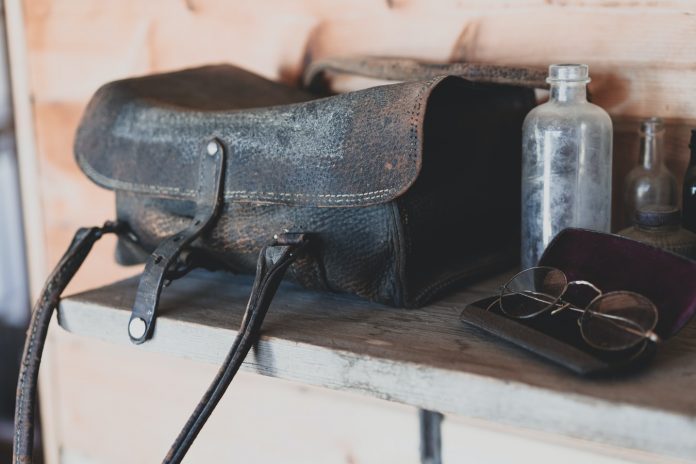 Genetics and the Humoral Inherent Constitutions.

The understanding that the attributes of parents were somehow transmitted to their offspring, predates Hippocrates. The one important difference however between the basic concepts and the humoral theory was the belief that inherent qualities were not just a matter of the nature of the “ancestral seed”, but could be modified by the acquired humoral temperament of the parents. This idea may have come in handy at times to explain away any suspicious differences in appearance between once’s children, but would tend to be hotly disputed by most modern geneticists. Nevertheless, there is mounting evidence that both a mother’s and a father’s lifestyle can, for better or worse, cause the expression or suppression of genes in their offspring and thus affect their health, even down the generations.
The Inherent Constitutions were regarded in a rather matter of fact like manner until the later part of the 17th. century, when an interest in what we would now regard as genetics, was beginning to develop.
In the 18th. century the Swiss Physiognomist Johann Lavater published a monograph in which he described the four Inherent Constitutions as based upon the humoral system which was in common medical use at the time (see the four images below). He also correlated these constitutions with Astrological influences that were thought to determine one’s physical appearance and character at birth. Thus Sanguine was associated with the Sun and Jupiter, Phlegmatic with the Moon and Venus, Choleric with Mercury and Mars, and Melancholic with Mercury and Saturn. Based on this idea, the birth horoscope could therefore be used to determine the inherent humoral influences in an individual.

The Rise of the Inherent Constitutions.

The first researches in the area of human genotype classifications were undertaken by Dr. Francis Gall (1757 – 1858) of Austria. He commenced practice as a physician in Vienna in 1785, and immediately set out to follow what had been an interest since boyhood, namely the development of a system of classification that would provide a psychosomatic connection between the mental faculties and physical characteristics. Subsequently he began to lecture on Phrenology (the science of cerebrocranial physiology) and on the genotype constitutions in 1796. Originally he proposed two psychosomatic constitutions: the Mental Motive and the Vital constitutions. Over a period of years however, he and his student Spurzheim expanded upon these constitutions in their writings, and stimulated the interest of many others by their development of a comprehensive system of genotype constitutions. Francis Gall and Spurzheim collaborated on a number of books, one of which: “Introduction au Cours de Physiologie de Cerveau” (Introductory course on brain physiology), was published in 1808, and is perhaps their best known work.

Another outstanding early 19th. century researcher into the human genotype classification was Dr. Jacques, who published a book titled “Jacques’ Temperaments” in which four basic character types were proposed, which he termed the Sanguine, Lymphatic, Bilious and Nervous types. What made Dr. Jacques’ researches particularly interesting was that he based his constitutions upon the Graeco-Arabic four element theory, and upon the doctrine of the four temperaments and their associated four humors. In the wake of his work, Dr. Mary O. Stanton developed a system of five constitutions, the rationale and application of which she published in the mid to late 1800’s. She divided human genotypes into five basic physiological systems: the Vegetative (or Vital) System, the Thoracic System (corresponding to Jacques’ Sanguine), the Muscular System, the Osseous System and the Brain and Nervous System.

None of these systems eventually flourished, because they either introduced little that was of any direct practical use, or because they were too far outside the European traditions, and therefore lacked any continuity with the past.

Victor G. Rocine was familiar with the works of all these people and read them with interest. His background in Graeco-Arabic Medicine and his studies and work in nutrition and Homeopathy however, gave him a somewhat different perspective. He and his pupils collected a fast amount of information on human genetic variability, and used this to further develop the work done by the earlier researchers.
By 1908 he had developed and implemented an inclusive genotype system of classification that contained twenty distinct inherent constitutional types, which correlated perfectly with the classifications of the classical temperaments of Graeco-Arabic Medicine. It was not until Victor Rocine produced his comprehensive system of the five primary constitutions and the twenty Genotype crases that a system became available that expanded in detail on the Graeco-Arabic Medicine concepts, and fitted them for the twentieth century and thereafter.

Introduction to the Rocine Constitutions.

Biological diversity within a species is one of the most obvious facts of Nature, and bears considerable relevance and importance to the Graeco-Arabic physician.
Graeco-Arabic Medicine presents a holistic method of maintaining health and treating disease, a practitioner of Graeco-Arabic Medicine therefore needs to assess each case on its own individual merits, and provide the appropriate treatment accordingly. It easy to comprehend that it is not only the assessment of the acquired temperamental type that is important in the formulation of a successful treatment procedure, but that the influence of the inborn characteristics or inherent constitution of any given case which may come before a physician must also be given due consideration.

Humans, as all other species of life on this planet, are biologically diverse; this means, that the effect from a given treatment, remedy or therapeutic agent that may be observed in one person, may be different or even of an opposite nature in another, due to basic individual genetic variations. That this natural variance represents a fundamental law of nature which must be observed in the application of therapeutics, has been recognised since the earliest days in all systems of traditional medicine, which has led to the formation of a number of paradigms by various cultures. In the West this paradigm developed into a distinctive system of treatment based upon a Doctrine of the Constitutions; the greatest of which, and the one that is most firmly founded on the ancient Graeco-Arabic medical traditions, is without any doubt that compiled by Victor G. Rocine D.Sc.

Rocine integrated with his genotype constitutions, a comprehensive system of biochemical and nutritional approaches that were not only of value to those practising in his day according to the principles of Graeco-Arabic Medicine, but also to practitioners of the – at that time – ascendant Homeopathic healing system, as his genotype constitutions allowed the Homeopathic miasms to link in with the traditional Graeco-Arabic Medicine concepts of the four elements. This system has even today been proven quite effectual by practitioners who use his principles.

The relationship between Magic and Healing in traditional lore