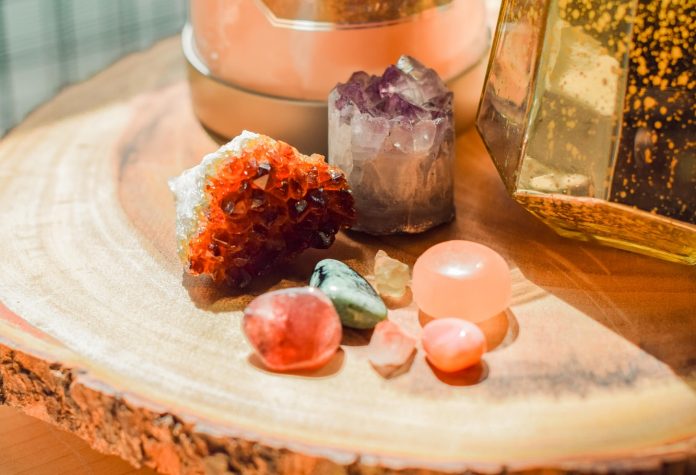 In times past magic was an everyday part of everyone’s life. The way living things, including humans, come into the world was seen as a magical thing, as were the sun, moon and stars. The interdependence of life on this planet as well as our relationship with nature was seen in terms of magic; as was the healing process. These days we of course no longer think in terms of magic, as we have modern science that purports to be able to explain everything. Unfortunately science falls short in many areas; it is still at the beginning of its development, which means that its knowledge has more holes than substance and that many important questions have as yet not been dealt with or resolved. Further, some of the most relevant questions, such as our personal relationship with the natural world, the purpose of life, the identity of the universe and what constitutes healing, remain unanswered. As such we are all the poorer for having lost our sense of the magical.

The bigger questions of life and the universe are not peripheral to other knowledge, nor of irrelevant esoteric value, but are of fundamental significance and meaning, even one of survival, to all life; including that of the human race. These questions have always been particularly important to Traditional Healers and have been considered and explored for eons.
The fact that these questions have been answered in a pretty well the same way all over the world, gives evidence of the universal nature of Traditional Healing.

Here are some of these answers:

Correspondences of the Four Directions and the Elements.

Traditional Healers see a relationship between the natural world and what we are and experience, and healing itself.
The simplest and easiest to understand concept is that of the six (6) directions and their correspondences. These directions are: Up, Down, North, East, South and West. As the “Up” and “Down” directions are used in psychotherapeutic approaches, we will for simplicity’s sake only deal with the four lateral directions and the associated elements, that are standardly used for physical diagnostic and healing approaches.

The diagram on the lower right is composed of two interlaced rectangles, which show the relationship between the four directions and the four elements, together with the four qualities that derive from the interaction between the elements. Inside this diagram is the Oriental Traditional Healing circle that represents the four conformations of Yin and Yang. In this latter image Yin represents negative energy and Yang positive energy. This perception is unique to the Eastern traditions and although it lines up perfectly with the fundamental directional and elemental concepts of Traditional Healing, it is not shared by other traditions.
To the left of this diagram may be seen a table that provides simple correspondences that relate to the four directions and elements. The correspondences shown are the most common ones, although there are some local variations and there are certainly a great deal more correspondences than the ones shown here, that are used by Traditional Healers.

These correspondences are used to evaluate the patient, to classify the condition at hand and to select an appropriate treatment. Similars may be selected up or down the table, but often opposites are employed, for example a chronic lung (Air) condition may be treated by a tonic (Earth), and liver (Fire) conditions with humoretics (Water). But in reality treatment is unlikely to only involve diet and physical medicines, but will also involve some psychotherapeutic approaches.

Nevertheless, correspondences are not the “be all and end all” of Traditional Healing. Each culture and each region has its “medicines of special power” that have been used for a particular condition, in many cases for tenths of thousands of years. This knowledge is often shared across broad regions, if not the world, and stands above the consideration of correspondences. In Traditional Healing experience and pragmatism always come first when it comes to dealing with disease.
In the end a Traditional Healer does not “cure” a disease; no doctor, professor, magician, priest or saint can do this. This can only be accomplished through the natural healing power inherent in every living being – “vis medicatrix naturae” (Hippocrates 460 – 377 BC). Thus the Traditional Healer’s task is to remove any impediments to the full and free expression of that natural healing power. This contrasts strongly with modern medicine, which in most cases modifies the vital functions of the body and in the process will often adversely affect the free expression of the inherent power of healing.