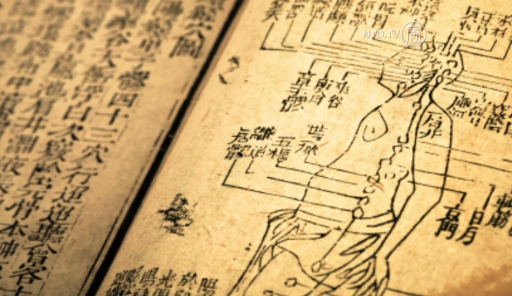 The “Yellow Emperor’s Inner Classic” or Huang Di Nei Jing deals with both early Chinese medicine, as well as Taoist philosophy. The text is believed to have been composed around the 1st century BC. and consists of a dialogue between the Yellow Emperor and one of his ministers or physicians, who is usually identified as Qi Bo, but in some versions of this text is called Shao Yu.

The Yellow Emperor’s Inner Classic is composed of two volumes (although there is evidence that other volumes may have been lost), the first of which is “Basic Questions” or the Su Wen; it deals with the theory and diagnostic methods of Chinese medicine. The second volume is the “Divine Pivot” or Ling Shu, which discusses acupuncture and moxibustion in detail, although it does not seem to distinguish well between the two, as it gives the same indications for both types of treatment.

The content of the Yellow Emperor’s Inner Classic builds upon earlier much more ancient healing practices, but rationalises these to some extent, by declaring that a poor dietary pattern and lifestyle, excessive emotions, an unhealthy environment, and wear and tear due to age are the underlying causes of disease. It reiterates the Taoist concept that man is a microcosm that reflects the larger cosmos and teaches that following Taoist principles that serve to harmonize the fundamental cosmic forces, namely: Yin and Yang, Qi and the Five Elements (Wu Xing), and by dealing appropriately with the environmental factors: wind, damp, hot and cold, one can maintain the balance between man and heaven and earth, and thus preserve health and engender longevity.

The Yellow Emperor’s Classic is still one of the most influential texts of Chinese medicine, despite the fact that the original works have long since been lost and the current versions consists of a compilation of varying texts that were put together at least one thousand years after the original text was thought to have been written. Add to that the facts that books were copied by hand until the invention of moveable type in China at around 1000 AD, and the tendency of Chinese scholars to edit any text they copied, interpolate information and add commentaries, in order to make the information “fit in” with current thought, and it is hard to imagine what the original work may have looked like.

In addition so called translations of the Yellow Emperor’s Classic into Western languages often leave, to put it mildly, a lot to be desired; they are – with some exceptions – often little more that modern manuals that are loosely based upon this classic.

There are many Taoist legends that surround Huang Di, the claimed author of the Yellow Emperor’s Classic. According to these legends, Huang Di, had supernatural capabilities. It is said that his mother conceived him after she was energized by swirling light that emanated from the star constellation known as the Plough. After a 24 month pregnancy she gave birth to Huang Di who was eloquent and capable of entering into deep philosophical debate within a few days of his birth. He became emperor at a very young age; at which time his kingdom became identified by the colour yellow, the colour of the element Earth. It is for this reason that he is known as the Yellow Emperor. In the many myths and legends that surround him, Huang Di is said to have demonstrated great intellect and invented items such as wheeled vehicles, boats, cooking vessels, mirrors, crossbows and other devices, as well as the characters for musical notation.

The relationship between Magic and Healing in traditional lore