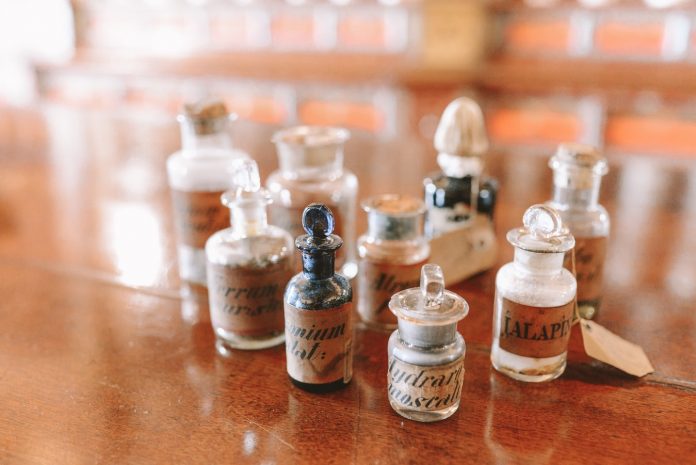 Traditional Healing is the oldest form of structured medicine, that is a medicine that has an underlying set of principles by which it is practiced. It is the medicine from which all later forms of medicine developed, including Chinese medicine, Graeco-Arabic medicine, and of course also modern Western medicine. Traditional Healing was originally an integral part of semi-nomadic and agricultural tribal societies, and although archaeological evidence for its existence only dates back to around 14,000 B.C., its origins are believed to lie much further back and probably predate the last Ice-Age.

Unlike other traditional medicines, Traditional Healing has no philosophical base, as its practice is totally founded on healing knowledge that has been accumulated over thousands of years, and upon the healer’s personal experience, which includes his/her awareness of, and sense of unity with the natural world, as well as his/her understanding of the different levels of consciousness within the human psyche. Traditional Healers see the universe as an living intelligence that operates according to natural laws that manifest according to specific rules and correspondences, and exercise their inner conviction that the purpose of life and the nature of disease cannot be understood without a knowledge of these laws and the individual’s relationship to the natural world.

There were and of course still are regional differences between the way Traditional Healers apply their knowledge, but this is simply a pragmatic adaptation by the Traditional Healer, because he/she cannot perform their role in a way that is isolated from the cultural perceptions and belief patterns of those whom they treat.

Traditional Healers practice in a different way than practitioners from other types of medicine.

There are “four pillars” of Traditional Healing which according to the Roman historian Piny the Elder (23-79 AD.) were: “Eruditio, Perspicacitas, Beneficentia et Caritas”. Roughly translated these mean: “learning, insight, kindness and empathy”. These are the basic principles that should guide the Traditional Healer in all his or her actions.

Traditional Healing always deals with natural laws, because all life is subject to these natural laws and ill-health is usually due to an inherent or acquired weakness that has allowed an abnormal imbalance to occur, either within an organism, or between the organism and its environment. Therefore Traditional Healers do not only work at correcting any weakness or damage to the life force or psyche that has allowed an illness to “conquer” the individual, but also work to correct the resultant internal imbalances that allow the disease to persist.

Traditional Healing is an energetic medicine. It considers that an all-pervading energy is present in all matter, that embodies the natural laws and universal creative force. This energy has different names in different cultures; for example the ancient Greeks called it Pneuma and also Aether, in China it is called Qi, in Japan Ki, in India Prana, while in the Pacific cultures it is know as Mana. Although this energy may have many different names, the underlying attributes of this energy are understood in much the same way in all cultures. Thus living beings are considered to manifest a higher level of this energy, while inanimate objects manifest this energy in a much more limited and basic way. Traditional Healers believe that this energy can become disturbed in living beings due adverse thoughts and emotions, an inappropriate lifestyle, an unwholesome diet, unhealthy air, tainted water, an unnatural environment and disharmony with natural cycles. As these are the ultimate causes of disease, the Traditional Healer may initially set out to improve overall health, but will always recognise the need to correct the cause in order to provide a full and final recovery.

This energy manifests itself in the physical world in the form of concrete entities called elements. These elements are not the same as the elements used in modern chemistry, but rather represents specific attributes of matter. For example, Fire is energetic and consuming, Air is active and enlivening, Water is formless and controlling, while Earth is solid and nurturing. These attributes represent different levels of activity of energy, and determine not only the appearance of material objects, but also the inherent nature of living things. In man a specific combination of these elements translates into a system of individual constitutions and temperaments, which represent inherent and acquired characteristics, which must be taken into account to ensure the correct treatment approach is used for a given person.

The Shaman and the Traditional Healer.

A great deal has been written over the years in respect to the ritual approaches used in some cultures in order to achieve altered states of consciousness. Examples of these are those utilised by the Siberian Tungusic and Samoyedic Traditional Healers, as well as those that belong to certain Amerindian groups. Altered states of consciousness are simply deep introspection or “meditation” that gives access to the inner knowledge and wisdom that we all share. This introspection is a normal part of Traditional Healing and is practiced in order to ensure that the Traditional Healer maintains his/her essential relationship with the natural world and the universal creative force. The approaches that are broadly described as “shamanism” however are cultural and whether or not these are practiced by a Traditional Healer depends on his/her ethnic and cultural background and milieu. Thus most traditional shamans are also Traditional Healers, but certainly not all Traditional Healers are shamans.

Since the advent of ‘big government’, which in Europe occurred with the Roman invasions and in North America and Australasia with English colonisation, Traditional Healing has at best been misrepresented and suppressed and at worst been persecuted. This is not surprising, as the Traditional Healers’ extensive knowledge and their independence, because of their use of freely available natural resources, tends to place them outside of the economic and political control of governments. Governments therefore have, through the ages, tended to view Traditional Healers as a legacy of the past freedoms of tribal life and thus as a threat to their autonomy and power. This is why all governments have striven to fragment and control healing practices. Big government is generally only interested in control and power, and very rarely has had any real or genuine interest in the health of its subjects. This is proven by the fact that governments have, over the ages, been quite happy to sanction and give patronage to medical practices that were more lethal than helpful, as long as these were under their control. For the ability to control a country’s medicine gives rulers unsurpassed control over its citizens.

The relationship between wizard lore and healing through history